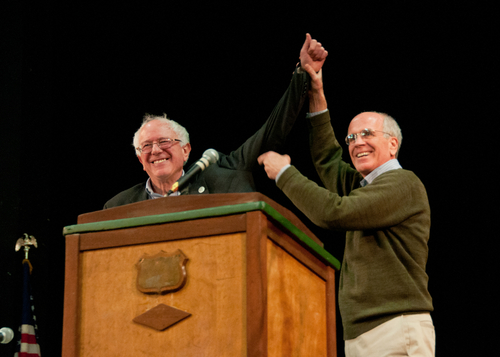 Bernie Sanders, an independent senator of Vermont, had held an 8.5-hour protest on the Senate floor in late 2010 to stop Barack Obama’s late 2010 tax deal with Republicans.  He failed.  Now Sanders, the Senate’s most liberal member, claims will do what it takes to prevent Obama’s push for cuts to Social Security spending.

What does the cut mean?  Well, a lower annual cost-of-living for Social Security benefits and veterans and reduced help for the poor. Even though the cut would reduce federal spending by approximately $130 billion in 10 years, it would also alter how taxes are calculated, generating $100 billion in that same decade.  But Sanders is still worried…

He states, “I am terribly disappointed and will do everything in my power to block President Obama’s proposal to cut benefits for Social Security recipients.  As chairman of the Senate Committee on Veterans’ Affairs, I also am especially concerned about the impact this change would have on disabled veterans and their survivors.”